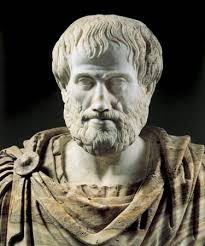 This quote bothers me. It bothers me so incredibly much I have to create a post about it and even challenge the great Aristotle. As brilliant as he was, he is incredibly wrong in this instance. I could not find further context or writings with this quote so it’ll be examined and judged by itself. “If one listens to the wrong kind of music, he will become the wrong kind of person,” is a chicken and the egg situation. Does somebody listen to poor quality music because they are a poor quality person to begin with? Does poor quality music turn people into poor kinds of people? Is there no correlation between the two at all? These are the three main questions that arise from this quote. Looking through music history, we can see a lot as to what common opinion has to offer on the situation.

Tipper Gore, that name can bring up some seriously strong feelings for anyone who grew up when the PMRC hearings were in full swing. 1985 was an incredible year for music (and the interpretation of the first amendment at a legal level). The PMRC was a committee created to assess, judge and label music deemed inappropriate or unsuitable for children. The political shenanigans, gossip, and debate that ensued from the creation of this committee were fantastical and lead to great philosophical responses from musicians such as Frank Zappa, Jello Biafra, and Dee Snider.

Firstly, Dee Snider’s senate hearing comes to mind when I see this quote. Who is to define what the wrong kind of music is? Everybody has their own tastes, preferences, and a moral compass when it comes to music. Interpretation of musical lyrics differs as well, what imagery I may see in an album may be completely different from your own metaphorical interpretation due to differing life or mindset about that music. This was Dee’s issue. Tipper Gore interpreted a song, “Under the Blade,” that Twisted Sister wrote as being about sadomasochism when in reality its intention was to describe a throat operation the guitar player went through. This is quite a long-shot from the original idea that Twisted Sister wanted to convey and makes myself wonder how many songs I judge that are “bad” that I simply listen to wrong. I can tell you for a fact some of the things that come out of my speakers at home shock my mother (and would shock many other strict parents) while having no real negative lyrics. Despite how violent my own collection of experimental hip-hop and metal may sound, it deals with subjects that are often no more violent and tragic than my vinyl collection of operas I have inherited from my grandparents. Tosca, written by Ciacomo Puccini, is one crazy opera full of death and torture and is more metal than many modern bands claim to be today.

Secondly, I think of Jello Biafra’s Oprah interview with Gore Tipper present on the show. This is probably my favorite talk show piece ever aired. At the 8 minute and 40 second mark of the second part, a mother calls into the show to tell the story of her son tragically had a psychological episode. He threatened to kill his mother and father with a knife and the mother attributes this episode to Beastie Boys’ and Dead Kennedys’ lyrics. The gravity of this situation cannot be expressed enough as psychological stability is a sensitive matter. The panelists against the PMRC then discuss how an isolated incident is not reason enough to have concern for the content of a song. The majority of teenagers are able to listen to the music without violent breakdowns, this child had unfortunately a predisposition for mental illness due to stress or physiology. Biafra makes the case, “Judging me or any other rock artist by the actions of one mixed up kid, is as narrow-minded as judging all Born Again Christians by Mark Chapman, the guy who shot John Lennon.”

Part 2 of the Oprah Interview

Part 3 of the Oprah Interview

Music does not have the power to change a person. Their family, friends, and life challenges they deal with will have a far greater effect on them than a rock tune or a hip hop beat. Still, parents of children often know what is best and have the right to determine what permissions children have in their choice of music. Artists can create whatever they want, however, the duty of interpretation falls on the individual.